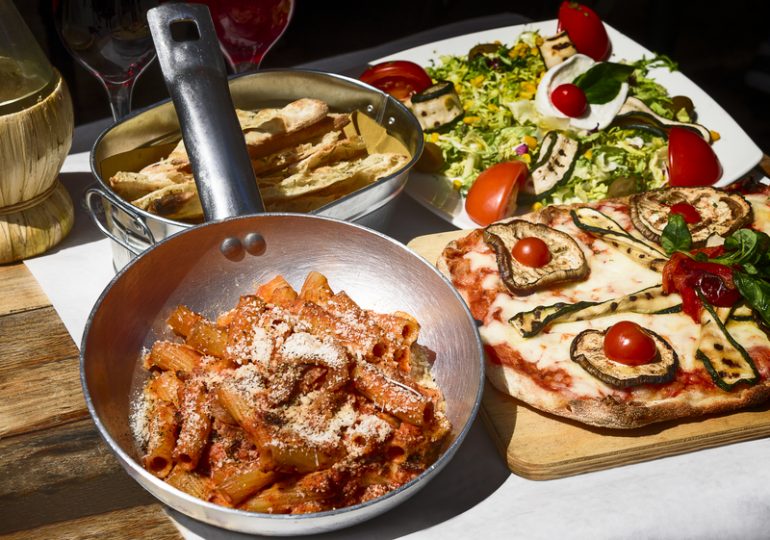 Being Dutch I’m used to eating a bit earlier in the evening. But in Italy it’s very normal to eat later at night. Not a problem! I’ll just order a glass of wine or a spritz (a wine-based cocktail) around 5pm and, tada, some tasty snacks will arrive too 🙂 This way dinner can wait until at least 8.30pm!

So Italians dine late. If you eat any earlier than this, you are most likely to be the only one in the restaurant. You can order an ‘aperitivo’, but officially dinner will be served from around 8pm and this is still quite early for most Italians. But if you go around 8pm, you will usually still be able to get a table, even in the most popular places. Most Italians won’t arrive until later.

Italy and its multiple course dinner

Everyone knows that Italians usually eat more than a few courses at dinner-time (and at lunch-time). So always a little challenge to leave enough space for dessert, the ‘dolci’.

Before dinner most restaurants will serve nibbles when ordering an aperitif. These are free and usually very tasty. Don’t eat all of them! This is only the beginning. You still got dinner and all its courses to come. Restrain yourself!

Next: the ‘antipasti’ (starters). Again, lots and delicious. But remember, this is only round one! Followed by round two: pasta. And then the piece de resistance! An exquisite piece of meat or fish. We’re not there yet. Now it’s time for dessert.

And finally, an espresso served with a little night cap, like an Italian limoncello. 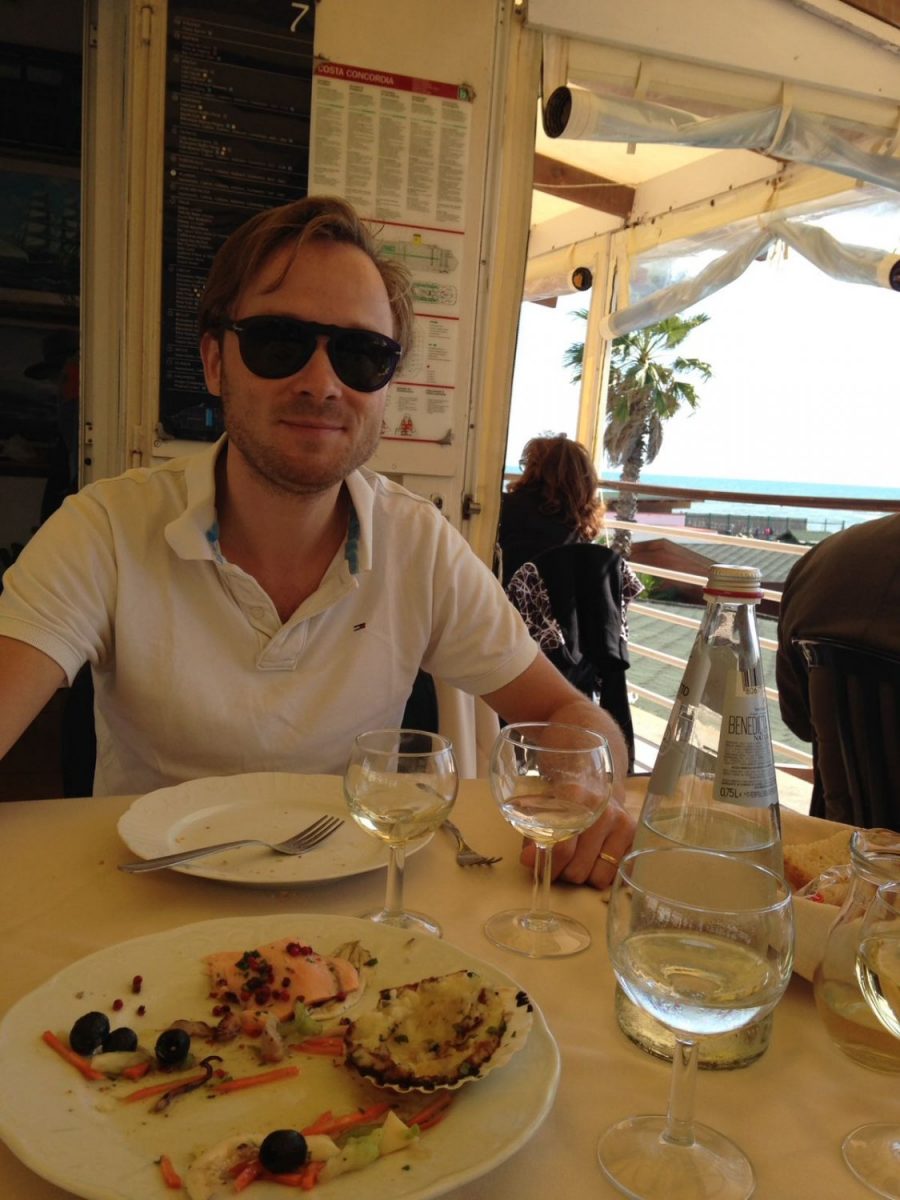 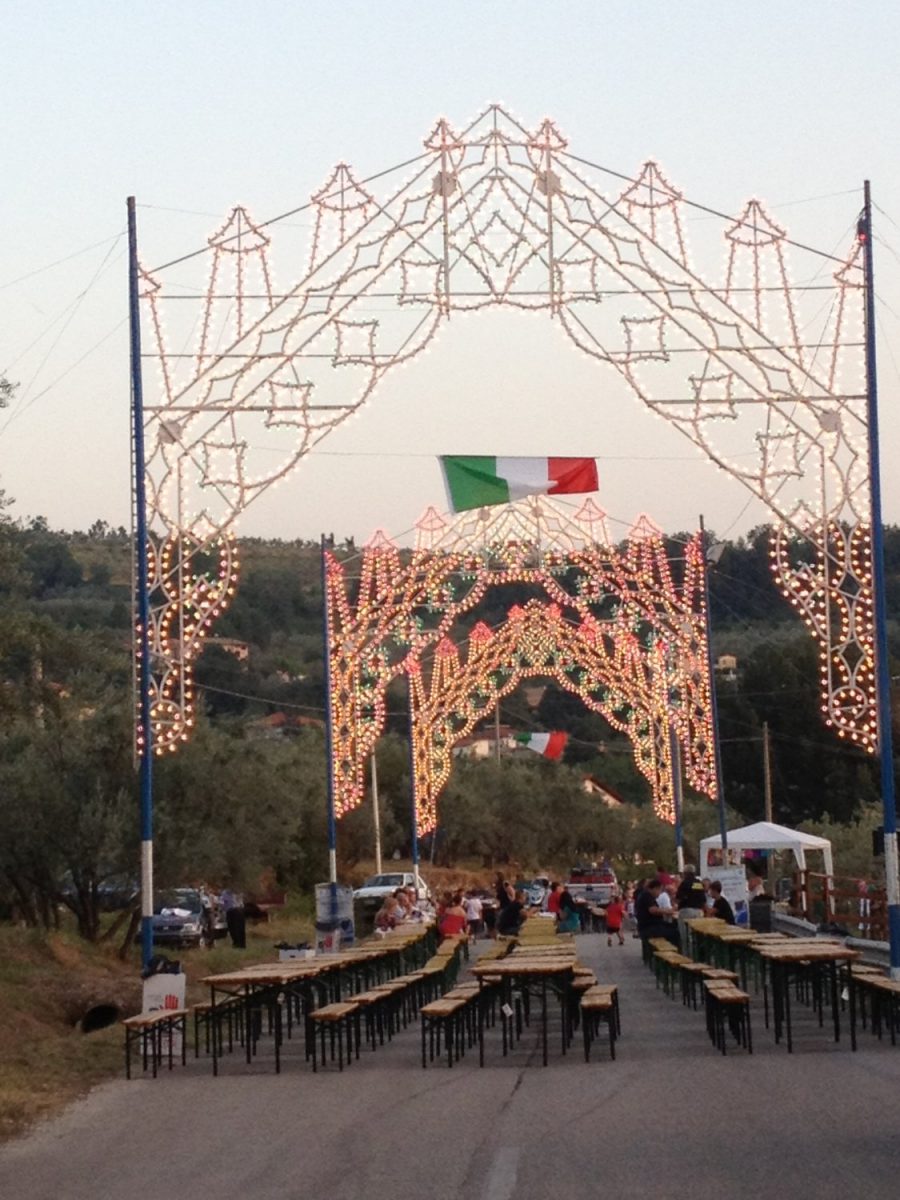 Would you like a taste of some genuine regional dishes? Visit a Sagra! A Sagra is a true Italian tradition. It means festival and derives from the word ‘sacrum’ which means holy. To thank the Gods. A Sagra is usually celebrated in small mountain villages. Here you can taste local dishes, drink some wine and listen to music, on every square and street corner.

Here’s a list of the different types of Sagra:

In Holland we often judge restaurants by the way they look and feel. In Italy it’s all about what happens in the kitchen. It’s what matters most. Men who do not even know how to cook, can discuss for hours how a restaurant and its kitchen should be improved.

However, the way it looks and feels is not as important. There’s often bright strip-lighting. Plastic tables in a room barely dressed. But don’t judge a book by its cover! Enjoy the food! 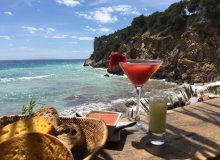 Ibiza isn't short of restaurants, cocktail bars and other hotspots when it comes to eating and drinking. So [..] 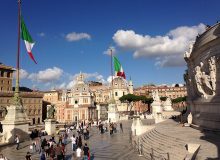 Rome. Where to eat and drink in this beautiful city.

Plenty of culture to enjoy in the beautiful, ancient city of Rome. But don't forget to have a [..]